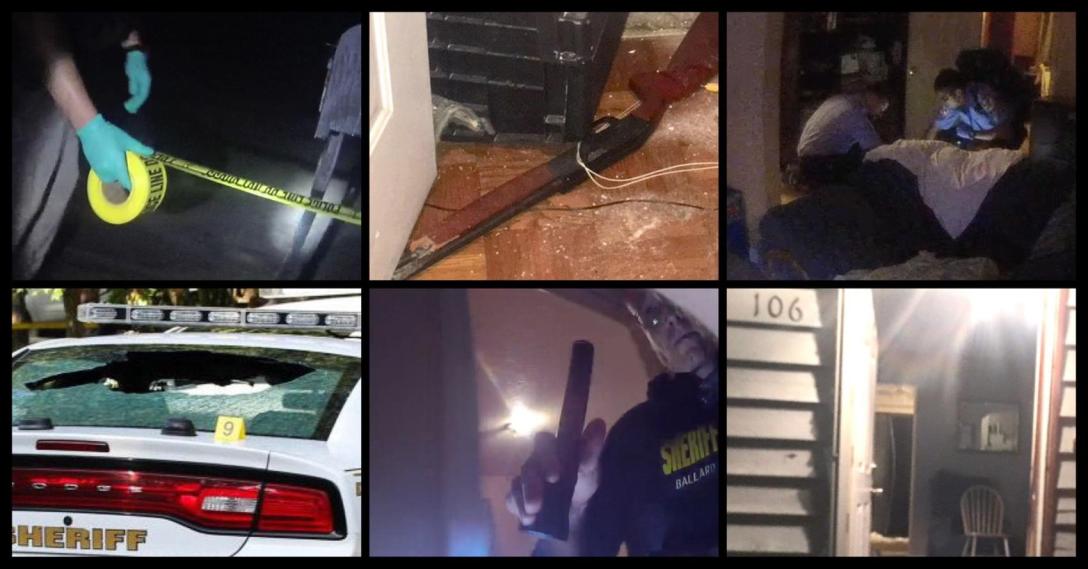 ABERDEEN, N.C. — On July 28, Arthur Garner was shot dead in a standoff with law enforcement at his parents’ home near Sand Pit Road.

Officials say police followed protocol in shooting the 33-year-old, who was armed with a rifle, but Garner’s family believes the use of deadly force was unwarranted.

The morning after the shooting, Sheriff Neil Godfrey said Garner was killed after he shot at police. In a stunning reversal, Godfrey later told reporters that Garner never fired his gun.

Godfrey blamed the error on a misunderstanding between himself and investigators. In actuality, he said, Garner had only “raised his rifle and pointed it in the direction of a deputy or deputies.”

“Our deputies and the other officers involved in this incident responded to a very dangerous and volatile situation,” Godfrey said during a news conference at the Rick Rhyne Public Safety Center in Carthage. “(They were) in imminent danger of being shot.”

The Pilot was part of a coalition of news organizations that successfully petitioned for the release of dashboard and body camera videos in Moore County Superior Court.

The videos released to The Pilot are from the two municipal law enforcement agencies that assisted Sheriff’s deputies. Godfrey said the deputies involved with the shooting were not wearing body cameras and did not have dashboard-mounted cameras in their patrol vehicles.

The following timeline is based on the videos, as well as court documents and audio tapes of 911 calls made in the hour leading up to Garner’s deadly encounter with police.

A dispute is escalating between Garner and his girlfriend outside his family’s home. She leaves the residence after Garner shatters one of her car windows. Garner’s sister and parents make their way inside, locking the doors behind them.

She later tells the dispatcher that Arthur Garner is attempting to break into the locked home.

In separate 911 calls, Alyssa Garner and her mother, Terry Garner, report that Arthur Garner has made entry to the home after kicking through a sliding glass door. Arthur Garner goes to his parents’ bedroom, where his father, Danny Garner, tries to prevent him from grabbing a hunting rifle.

“My husband is keeping him away from the gun as long as he can,” Terry Garner tells a dispatcher. “He’s going to hurt my husband.”

Arthur Garner takes the rifle by threatening his father with what authorities later described as a “12-inch butcher’s knife” he retrieved from a kitchen drawer. According to Godfrey, Danny Garner surrenders the firearm after his son, who is on probation, says he is willing to “die before he goes back to prison.”

Danny and Terry Garner are waiting outside when sheriff’s deputies Dustin Hussey and Stephanie Griffin arrive. Alyssa Garner is still inside the home, hiding in a locked bedroom.

Two more deputies, Justin Mack and Sgt. Sean Ballard, arrive at the residence. They are soon joined by Sgt. Jason Caulder and Michael Muse of the Pinehurst Police Department, and by Austin Whatley of the Aberdeen Police Department.

Law enforcers train their weapons on Garner while taking cover behind the open doors of their patrol vehicles. The standoff continues for several minutes.

After being told repeatedly to drop his rifle, Arthur Garner allegedly raises the weapon in a way that suggests he is about to shoot at police. This cannot be confirmed by the body camera footage.

Three of the deputies and a Pinehurst officer fire more than 30 gunshots at Arthur Garner from different vantages outside the home. The rear window of a patrol vehicle is shattered in the barrage.

A person, presumed to be one of the officers, shouts for police to “cease fire.” Seconds pass and another shot is fired.

Authorities enter the home carrying ballistic shields. Arthur Garner’s body is found on the living room floor near his weapon.

An emotional Terry Garner tries to force her way into the home. She is held back and placed in handcuffs. “I hate you,” she screams through tears.

Alyssa Garner emerges from her bedroom and is escorted outside by Griffin.

A paramedic inside the home asks if Arthur Garner shot at the officers.

The paramedic notes that Arthur Garner, who is lying facedown in handcuffs on the blood-specked carpet, does not have a pulse. An autopsy report will show that he died from a gunshot wound to the chest.

It was the only bullet that struck him.